John Heaney was born in Arklow, County Wicklow, son of William Heaney, a local fisherman.  Like many young boys at that time, he left school at the age of 14 and joined the Royal Navy, lying about his age, saying he was the required 18 years old.  It would be a fateful decision that would cost him his life. The crew of the Laurentic included 6 Arklow men: John Kenny, John Hagan, William Wolohan, John Kavanagh, John Heaney and his cousin, Daniel Heaney.  Only Wolahan and Kavanagh survived. 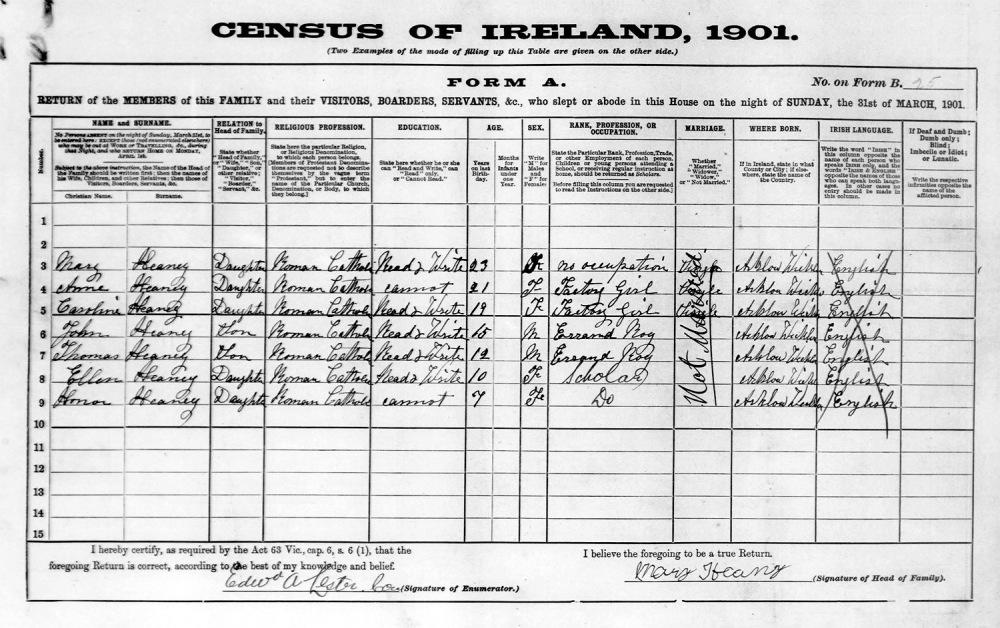 By the time of the First World War John had married Katie Gaffney and they had four children, all settling in Arklow.  He would leave them behind when the Laurentic went down in 1917.

Unlike many, John’s body was found, washed ashore in Lough Swilly.  Because of this his family can visit his grave, buried with 71 others in Fahan, County Donegal.