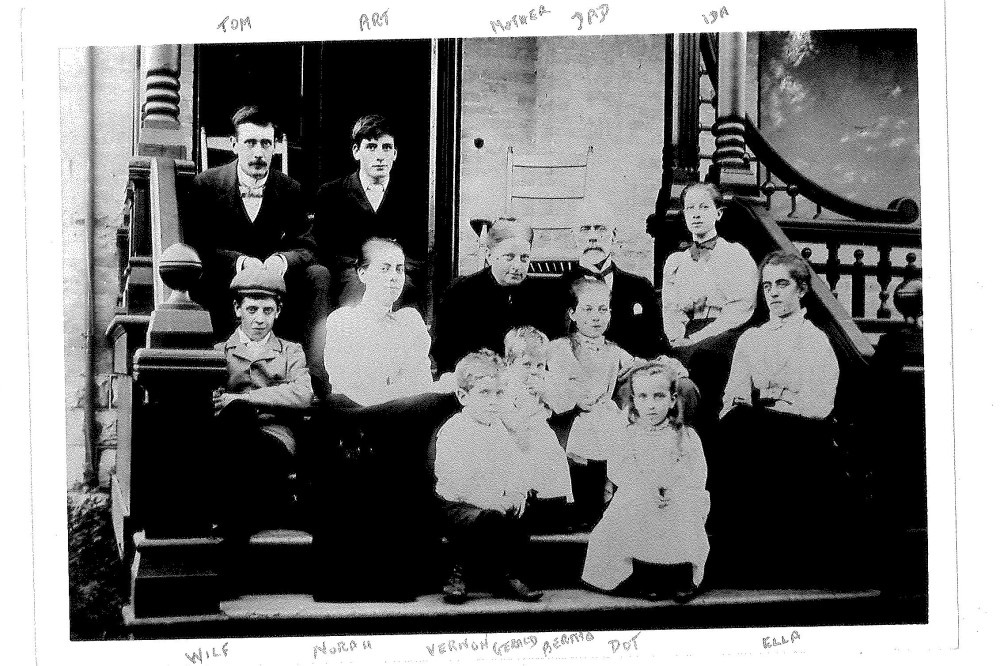 His family emigrated to Canada in 1884 where they settled in London, Ontario. He served his apprenticeship with Messrs. E. Leonard & Sons, of London, Ontario and on completion of his apprenticeship took up a position with the Royal Mail Steam Packet Company, with whom he stayed until December, 1902. In June, 1903, he joined the Brocklebank Line and was promoted to Chief Engineer in April, 1906.

James married Florence Edith Clegg in Portsmouth on November 1905. Their only child James Clegg Carlisle was born in Portsmouth in 1908.

James joined the White Star Line in 1909 and continued as a crew member till he was granted his commission in the Royal Naval Reserve in November, 1914. It is not known when he joined the crew of H.M.S. Laurentic.

At the time of the sinking of the Laurentic, James Carlisle was on watch. He made his way up to the Boat Deck and tried to help Lieutenant Morgan to free No.11 Boat, which was jammed owing to the list H.M.S. Laurentic had taken on. As they were doing so they were joined by Wt. Tel. Bower. Realising that they could not free No.11 Boat, the three men were ordered over to No.7 Boat. On the way over to No.7 Boat Bower expressed a wish for some matches to Carlisle as he thought he had still left some confidential material un-destroyed in the Wireless Room. Carlisle gave Bower some of his matches, and then made his way over to assist Seaman Rogers, Lieutenant McNeil, Lieutenant Morgan, Lieutenant James, Lieutenant Walker and Engineer Lieutenants Neale and Stewart to get away No.’s 9, 7, 5 and 3 Boat’s.

It is believed that Carlisle managed to get in to No.7, but during the course of the rest of that bitterly cold, stormy night, died of exposure. The five survivors and the several dead in No.7 Boat were picked up at 4.30 p.m., on the afternoon of 26th January, 1917, by the trawler Farnaby.

James Carlisle is buried in the mass grave for the Laurentic’s victims in St Mura’s Graveyard, Fahan. When the memorial to the men buried in St Mura’s was erected James Carlisle’s name was misspelled “Carlyle”. The Admiralty granted his brother Thomas’ request that the error be rectified but it took almost two years of painstaking negotiation between the Imperial War Graves Commission and The Admiralty for the logistics of making the correction to be agreed.

Sources:
We are indebted to Peter Threlfall, World War 1 historian, for allowing us to use his original research on James Carlisle.
http://www.ancestry.com
http://www.familysearch.org
Census Returns of England & Wales, 1881, 1911. The National Archives of the UK.
Census Returns Canada 1891, 1901, 1921.
Passenger Lists, 1865–1935.Library and Archives Canada