James Robert Brown, R.N.R was born in 1884, in Bootle, the youngest child of Eliza Jane and Samuel Muir Brown.

His father was born Penninghame, Wigtonshire, Scotland and his mother was born in Ireland. Samuel Muir Brown married Eliza Jane Johnston in the spring of 1868, in Liverpool.

In 1881 The family were living at 158 Irlam road, Bootle. Samuel was working as a Warehouseman and Eliza was running a Chandlers Shop. They had five daughters: Mary, Eliza, Margaret, Jane and Hannah.

By 1901 the family had moved to 15 Melling Road, Bootle. Samuel was working as a Warehouse Porter. The only children still at home were Hannah and James Robert, who was an Engineer’s Apprentice.

In 1911 Samuel was a widower living at 124 Park St, Bootle, working as a General Brokers Porter. His youngest daughter Hannah, who was single and working as a Typist, was also living there. According to the census return Samuel had seven children of which only four were still living. 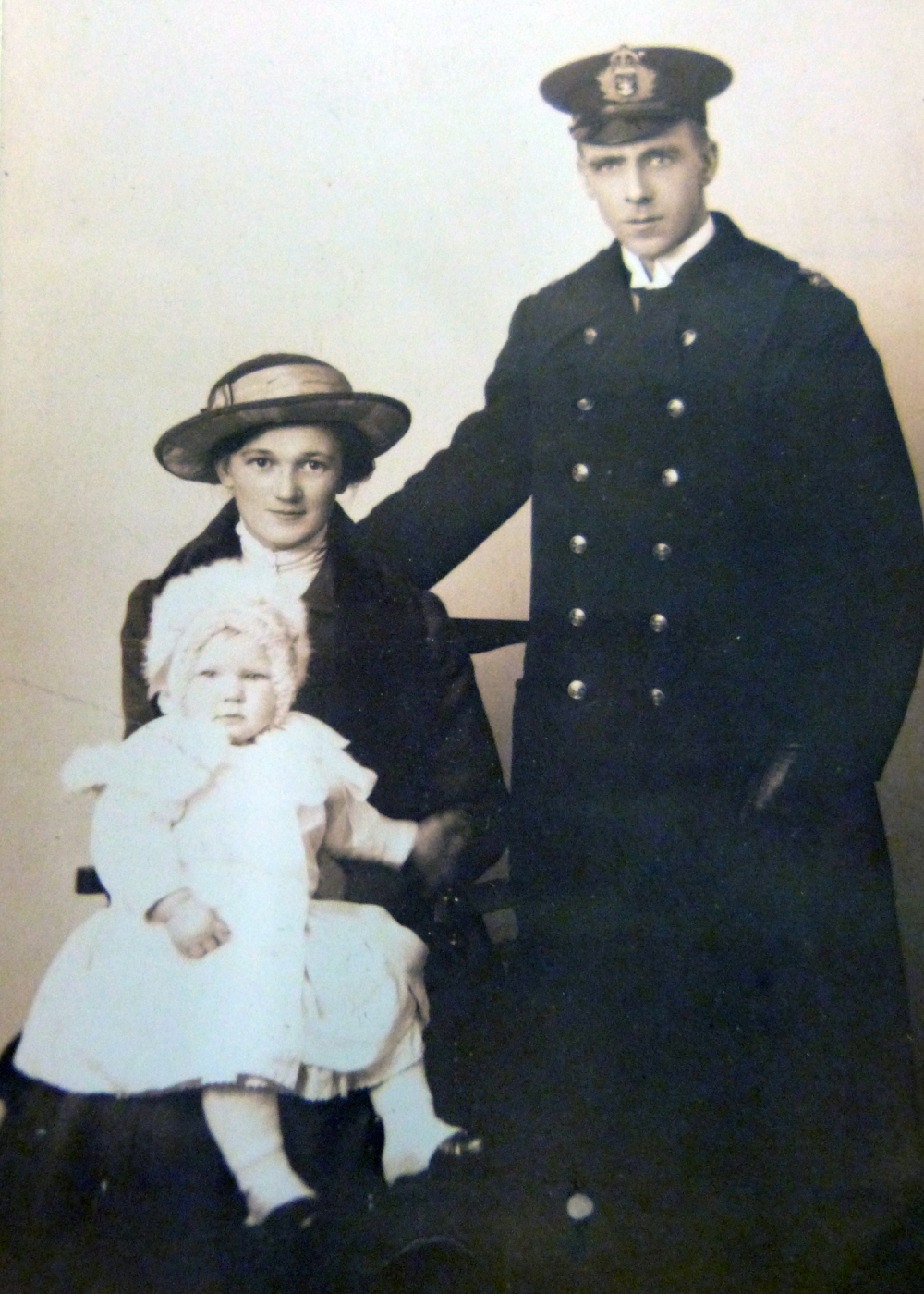 James Robert had served with the White Star Line for a number of years prior to the outbreak of war in August 1914. He was Engineer on the R.M.S. Arabic before joining the H.M.S. Laurentic and when the Laurentic was taken over by the Admiralty he was given a commission in the Royal Naval Reserve as Engineer Sub. Lieutenant. The family photograph reproduced here was probably taken on his last visit home in December, 1916 when his daughter was about 1 year old.

James Robert Brown’s body was never recovered. He is commemorated on the Plymouth Naval Memorial.